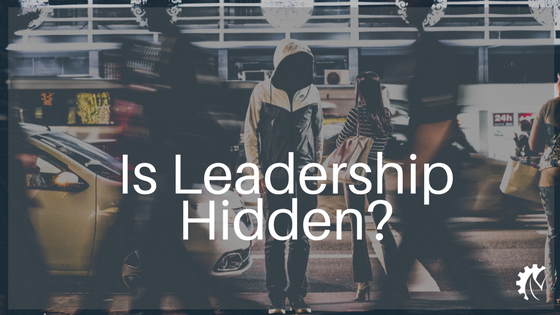 Recently I was reading Henry Cloud’s book, 9 Things You Simply Must Do, and came across this great thought. It was such an impactful thought; I had to stop and re-read it a couple of times. Check it out:

“Is gravity hidden? Well, it depends on whether you are flying or falling. Some people are very aware of the laws of gravity and use them to their advantage. They design things like airplanes, rocket ships, and satellites. They study gravity and other laws of physics and use them to accomplish great things. So to those who are flying, gravity is not hidden at all. To the contrary, it is embraced, loved, and obeyed. But there are others who are not so aware. One who thinks a thirty-foot ladder leaning up against his house needs no side support is not really thinking of gravity very clearly. One who thinks that after several martinis he can still walk steadily has the same problem. It is not that they are opposed to the law of gravity; they are just not very mindful of it. Then, irrationally, they curse the ground when gravity does what ‘gravity’ does and they fall. Is the law of gravity hidden to these people, unable to be discovered? Not at all. Neither are the ‘ways’ of doing life hidden from those who fail to practice them. They could have learned them somewhere, and might even have heard of them at times. But instead, they broke themselves on the laws by not paying attention to how they work in day-to-day reality. Gravity is just reality. It is. Obey it, and it will help you do great things. Even fly. Ignore it, and you will fall and hurt yourself.”  Henry Cloud, 9 Things You Simply Must Do

After reading this paragraph several times, I took this concept and applied it to leadership. They say imitation is the greatest form of flattery and, in this case, I would like to use a little plagiarism to apply his point to the idea of leadership.

Is leadership hidden? Well, it depends on whether you are following a level five leader or a level one leader. Some leaders are very aware of the principles of leadership and use them well. They create great cultures, empower others, sacrifice, and generate a high degree of respect. They study the laws of leadership and principles of good management and use them to accomplish great things. To those who are true leaders, the principles of leadership are not hidden at all. To the contrary, they are embraced, loved, studied, and obeyed. But there are others who are not so aware. Those who think leadership is a senior level position leading lots of people are not really thinking of leadership very clearly. Those who think they can drink and still drive straight have the same problem. It’s not that they are opposed to the laws of leadership; they’re just not very mindful of them. Then they wonder why things don’t go well, people get hurt, leave, excellence goes away, and the organization suffers. Are the laws of leadership hidden to these people, unable to be discovered? Not at all. Neither are the ways of good driving hidden from those who fail to practice them. They read some blog posts, subscribed to some podcasts, and may have read a few leadership books. But instead, they hurt themselves by not paying the price of learning leadership and how leadership laws work in day-to-day reality. Understanding the laws of leadership is a necessity. It is. Do it, and they will help you do great things—even be a great leader everyone will love, follow, and desire to be like. Ignore them, and while you may have position and power, you will eventually be a failed and forgotten leader.

Leadership isn’t a position or something you do; it is who you are. It’s a constant focus on your character with an unfailing commitment and lifelong pursuit of growing your leadership skills. It’s not about being the leader, it’s about learning the disciplines of being a leader.  For those who follow this pattern, leadership is not hidden.

Get Dr. Henry Cloud’s book, 9 Things You Simply Must Do, here:

The Secret Sauce to Becoming A Great Leader

How Not To Be A 25 Year Leadership Rookie